DREAM PUPPETS is an Australian puppet theatre             company based in Melbourne

DREAM PUPPETS was founded in 1996 by Richard Hart, a puppeteer/maker/designer with over 25 years of experience in the visual and performing arts.  He is still the creator/performer of the theatre’s Dreamer productions.  Julia Davis joined Dream Puppets in 2001 and is a co-creator/maker/performer with the company. The wonderful music soundtracks that run through all Dream Puppets’ performances have been composed performed and recorded by John Grant, a Melbourne composer.

DREAM PUPPETS has since toured every state and territory in Australia, performing in schools, kindergartens, child care centres and festivals.  Richard and Julia have performed Dreamer, the first DREAM PUPPETS’ production, for puppet festivals in Korea, Japan, Israel, Italy and Singapore.   In 2004 Dream Puppets was invited to return to Italy’s largest children’s festival in Europe, I Teatro del Mondo, with Dreamer in Space, which they also performed for the Ortoteatro festival in Pordenone, near Venice.  In 2006 and 2008  Richard and Julia  were invited to Italy again with the third Dreamer show, Dreamer in the Deep.  .  Dreamer in the Deep was also performed in Korea in 2010 at the Debec Cultural Centre in Daegu (15 performances) and at the Mumurism Puppetry and Mime Festival.  In 2011 the show was performed  again at Korea’s Geongju World Culture Expo.   In 2012  Richard and Julia travelled to Singapore to perform Dreamer in the Deep at the ACE! Festival.

In 2013 Dreamer in the Deep was performed at the 5th Festival Internacional De Titeres Al Sur held in Buenos Aires and Dream Puppets also performed this production at the First China Nanchong International Puppet Art Week in 2014 . In July 2015 Dream Puppets returned to perform in the festival in Buenos Aires with a new Dreamer production. They have since performed again in China at the 4th Quanzhou International Puppetry Festival in November 2015, at the 2nd Nanchong International Puppet Art Week in June 2017 and again in Quanzhou in November 2017.   They returned to China in 2018 to performa at the Shanghai Golden Magnolia Festival and the Langzhong Puppet Art International Seminar and Showcase.  They have received awards for outstanding program, art and design and sound.

Dream Puppets have been invited to perform again at 2 festivals  in China in late 2020.

RICHARD HART is the  director and  producer of Dream Puppets.  He was trained as an architect and later gained a post

with multi media. His training in puppetry and performance comprises undertaking workshop / training sessions with master

puppeteers from Asia, Europe and America and working as a puppet maker, performer and director with several puppet companies

Over the past 11 years Richard has toured extensively in Australia and internationally with his unique style of blacklight puppet theatre,  performing in schools,kindergartens, libraries and major festivals in Australia and overseas.  He was Secretary of UNIMA Australia Inc. for a total of 8 years and co-founded Australia’s only puppetry magazine, Australian Puppeteer.

Richard also has considerable experience in designing, making and performing with puppets in film and TV.  He performed and provided the voice for the monster puppet, ‘Webster’, on L’il Horrors, a children’s television show screened on Channel 7, was part of the construction team for  the live arena spectacular, Walking with Dinosaurs and worked as a puppeteer on Spike Jonze’s film version of Where the Wild Things Are.

JULIA DAVIS has an honours degree in English Language and Literature from Melbourne University and a Diploma in Opera and Music theatre from the Victorian College of the Arts. She has worked as a professional opera singer, sculptor, teacher  and puppeteer and joined Dream Puppets in 2000.

Julia's involvement in puppetry began some years ago when she made some puppets for a school production of The Tempest at the secondary school where she was  teaching English part-time .  Since then Julia has made over 100 puppets; nearly  a third of these are Celebrity Puppets - caricatures of well-known people, from politicians to entertainers (including opera singers).

Julia has performed with Dream Puppets in Israel , Italy (twice),  Korea (twice), Singapore and Argentina (twice) and China (6 times).  In 2005 she launched her puppet production of Macbeth which she has toured to over a hundred secondary schools in Victoria and Adelaide.  This show was featured on the ABC’s Sunday Arts program in which Julia presented a segment on puppet making. Julia was the editor of Australian Puppeteer for seven years and taught puppetry to the first year Theatre Arts Students at Swinburne University from 2008 to 2012.   In 2013 Julia was an artist in residence at Scotch College, Melbourne, teaching puppet-making and puppetry skills to junior school boys.   Julia is the creator of the puppet production of The Tempest which was launched at the Wheeler Centre, Melbourne in 2017.

Recently Julia travelled to Mexico to perform as one of 6 solo performers in  concert repertoire with Acoustic Voice, Australia.

JOHN GRANT has composed all the music for Dream Puppets Productions and also arranged, performed, and recorded it. A musically diverse career has found John composing for other theatrical projects (including 40 minutes of original music for “The Eight Frogs And The Snake”), TV and radio (many jingles, plus music for the D-Generation’s album, single, and radio show), presenting electronic music workshops for Korg synthesizers, composing concert pieces for keyboard or solo cello, performing for the Melbourne Improvisers Association, even writing magazine articles on music and technology.

Many synthesizers and keyboards have been used to make the music for the Dream Puppets’ productions, but all of it was played by John, not generated by computers. 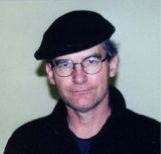 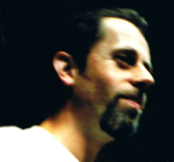